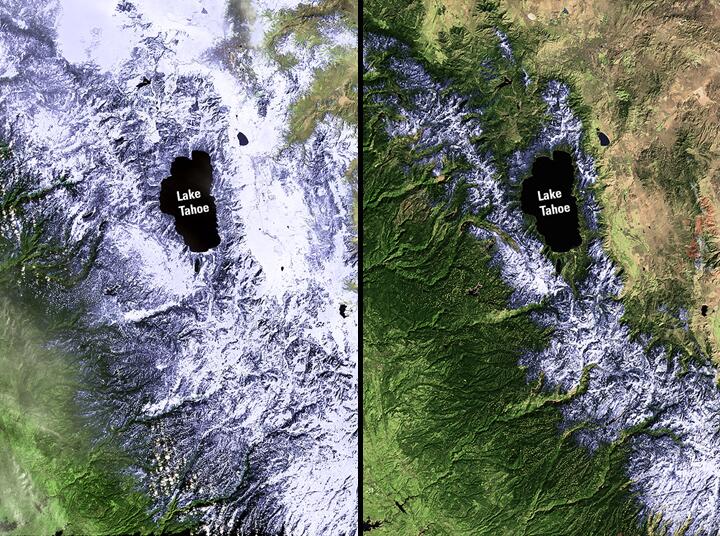 California is undergoing its most severe drought in decades, due in part to decreased rainfall and reduced winter snowpack in the Sierra Nevada mountain range as seen in these images. In 2013, California received less precipitation than in any other year since it became a state in 1850. Water conservation efforts are already in place for many locations and the potential for wildfire and major agricultural impact is high. Source: NASA

© NASA
From the album: