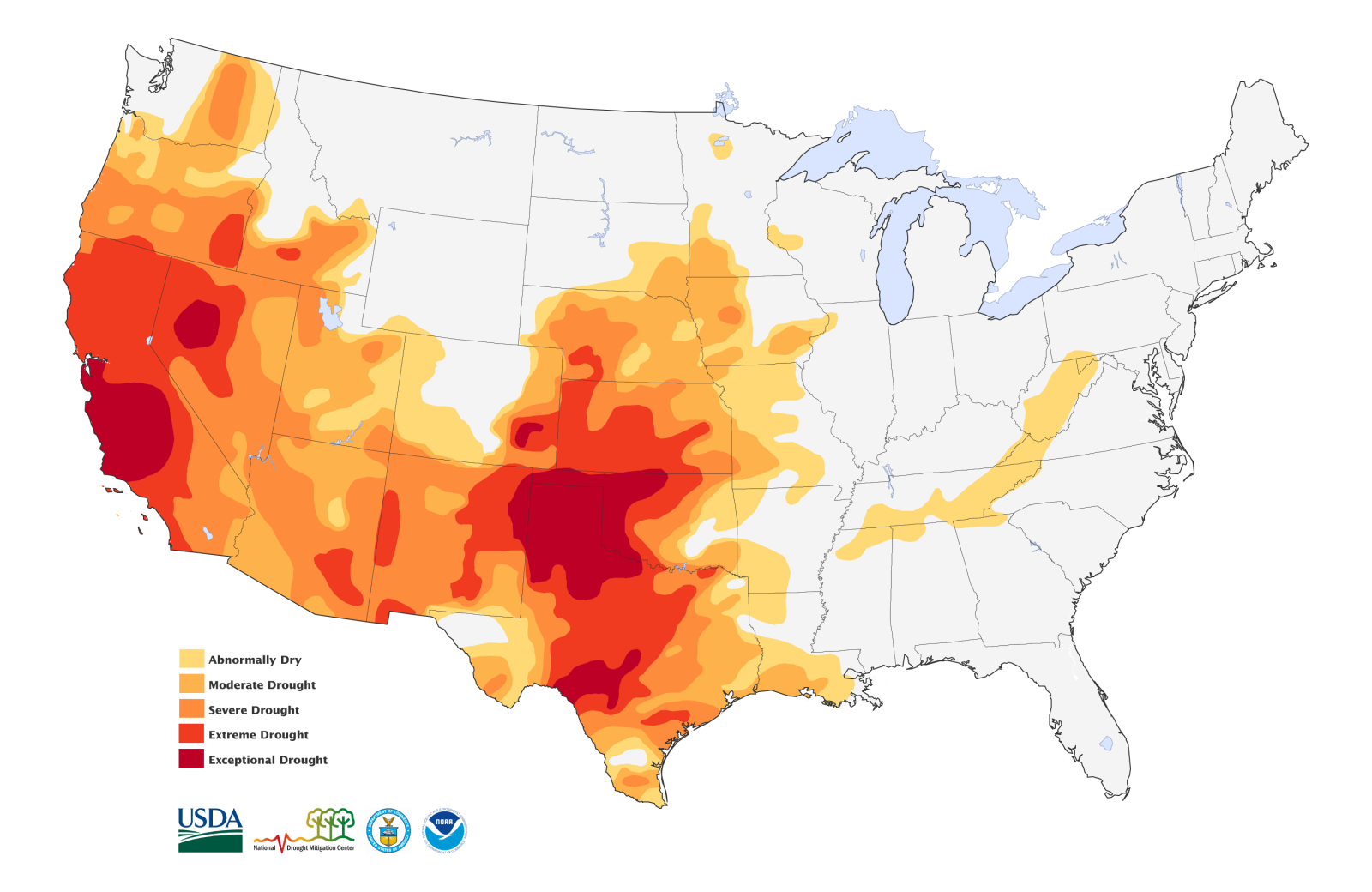 As of May 6, 2014, half of the United States was experiencing some level of drought. Nearly 15 percent of the nation was gripped by extreme to exceptional drought. For the Plains and the Southwest, it’s a pattern that has been persistent for much of the past several years, U.S. Drought Monitor writes.

© U.S. Drought Monitor
From the album: