What Is Biomass? Is It Really Renewable Energy?

The future is upon us, and it seems bleak. The depleting resources and the changing temperatures have created a dreadful environment for the generations to come. Given the damaging effects of global warming and climate change, scientists and energy research consultants are looking to create green energy with the help of renewable sources.

One source that is fast becoming the talk of the town is biomass. This energy source is derived from organic materials, including plants and animals, and is used as a fuel for various industries across the globe.

Scientists rely on different methods to produce energy using biomass. One method that is extremely popular and convenient for the millions of users is burning the energy source to create heat. The heat energy produced powers steam turbines that generate electricity.

Burning biomass produces heat in thermal systems with the help of Combined Heat and Power (CHP). Converting  feedstocks into liquid bio-fuels is one application of using the product. This helps the users in harvesting gas from landfills with the help of anaerobic digesters.

Although the energy source is classified as a green source of energy, there are still question marks regarding its use. Scientists and experts feel that burning trees during the harvesting season can contribute negatively to the environment.

Before we give a final verdict regarding the use of the energy source, let’s take a look at some other benefits it offers and the reasons for its popularity.

The Paris Agreement in 2015 set clean air targets for countries. Since then, companies and governments are looking for suitable alternatives to the traditional sources of energy. The objective is to find greener alternatives to the energy source and contribute positively to the air around.

Biomass seems like an excellent alternative for countries looking to change their energy consumption. According to a report by the World Bank, biomass contributes to 14% of world total energy use; this accounts for 50EJ of energy from biomass. This is expected to increase to the figure of 150EJ by the year 2035.

The incredibly versatile source of energy allows you to produce power by burning it directly. You can convert the product to liquid biofuels and harvest it as gas from anaerobic digesters and landfills. The sun is the source of energy for biomass, which means that the plant matter can grow relatively quickly. Since it does not take much time and effort to re-grow and depends on a never-ending source of energy, it is classified as renewable.

Materials such as sawdust obtained from lumber mills are used to produce the energy source. You can also use chicken litter and residue from crops for the production of biomass. There are a vast number of waste materials that can create biomass. However, you require wood to source energy.

Advocates of biomass consider the sourcing of the organic matter a sustainable process, as it allows the user to clear sick or dead trees from an area. The US Forest Service also considers a sustainable resource that can help the country in meeting 30% of the US petroleum demands. The country considers it a valuable resource because it helps in meeting 30% of petroleum consumption.

While countries like the US and India are depending on the energy source for fuelling their industries, some critics are vocal against the over-dependence of burning trees.

Professor John Beddington, a scientific advisor to the UK government during the period of 2008-13, warned about the use of biomass. According to the scientist, the excessive burning of trees means a significant increase in the levels of carbon emission globally.

An increase in carbon emission will reduce air quality and lead to global health problems. Professor Beddington then goes on to advise world leaders to focus their attention on alternative sources of energy. Sources of energy that are less damaging to the environment include solar and wind energy.

Additionally, he claims that burning biomass is not a clean process either. He blames the lower burning temperature of wood and the carbon intensity it has within for the excessive carbon emissions. Wood releases four times more carbon than fossil fuels.

Similarly, another research found out that power plants responsible for burning biomass produce 65% more carbon dioxide per megawatt-hour than plants producing fossil fuels. The report also found out the process of burning biomass also leads to air pollution as it contains elements such as nitrogen oxides, lead, and carbon monoxide. Many of the elements are carcinogenic, signalling a great health hazard for the populations.

Another risk of using the energy source is that it can lead to depletion of forests. Since farmers and stakeholders of the primary sector are looking to reduce the cost of operations, they prefer using wood rather than other methods to burn biomass. We all are aware of the adverse effects of depleting forest settlements.

Climate change and the effect on ecology are some side effects of the depleting forest resources. The forests are also our one real weapon against climate change as they form carbon sinks to combat the rising levels of carbon emissions.

While the benefits of using biomass are an excellent incentive for countries and scientists to use the energy source, critics don’t welcome it as a natural alternative to coal. The use of biomass should be subject to more scrutiny and transparency, as governments should look to limit its use to affordable levels. 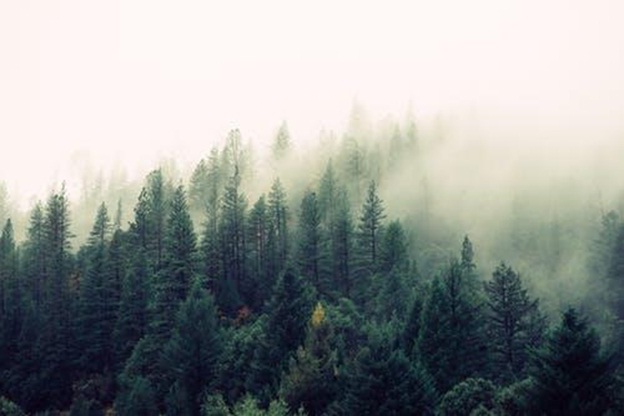