Solar Solution Companies Boosting the Job Market In Tampa And Beyond

As consumers across the US are becoming increasingly aware of the boons of using renewable energy solutions and even businesses are reducing their dependence on fossil fuels, the solar solutions industry is flourishing in several US states including the bustling and sunny city of Tampa that has emerged as a hub of renewable energy.  Currently, hundreds of solar technology companies are catering to residential and commercial needs in the city, offering a variety of solutions, right from solar lighting to solar hot water systems, solar pool heating and more. A combination of Federal tax incentives, grants and easy loans for such projects and the diminishing cost of solar equipment is not only spurring solar energy projects across the city but also calling for more manpower to join the trade.  The role of solar solutions is therefore not just restricted to a consumer’s personal financial gains, in terms of reduced power bills, or even restricted to environmental benefits in terms of less use of fossil fuels emitting toxic gases. The rapid adoption of solar technology is actually benefiting the entire city of Tampa and the nation’s economy at large by creating jobs and generating work opportunities, too.

The US solar market is the third largest in the world.  The total contribution of the solar industry to the US economy has been estimated at a whopping 15 billion dollars. Earlier this year, a Bloomberg report revealed that US solar companies ramped up their hiring by 22 percent in the year 2014. According to the Solar Foundation, approximately 170,000 people are currently employed across various solar companies in the country. Given its labor-intensive nature, it is hardly surprising that by the end of this year, another 36,000 solar jobs are likely to be added to the sector. Tampa, too, is riding the wave with the city’s solar tech companies bringing hundreds of high paying jobs in the city over the past few years. The local administration is encouraging both home grown and multinational renewable energy companies to set up facilities in the city by assisting land acquisition, permits and related matters.

Being labour-intensive, solar energy companies can create more jobs than the traditional power sector. Since the solar manufacturing facilities typically leverage the local workforce, the firms’ investments remain right with the local communities. This in turn is helping to boost the local economy. High-in-demand solar jobs include technicians in the manufacturing facilities, installers, experts in research and development sectors and people in sales and marketing.

Why Solar Solutions are a Hit in Tampa:

A typical residential 1kWp (kilowatt peak) PV panel can provide 2.5kWh (kilowatt hours) to 5kWh output per day. In other words, it can generate approximately 900kWh to 1800kWh electricity per year. The adoption of solar is helping reduce pressure on the city’s power grid. 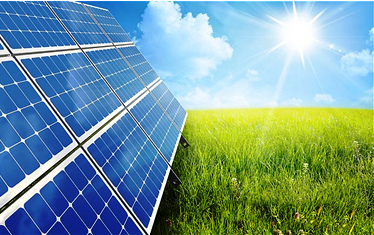 According to the National Renewable Energy Laboratory’s estimation, rooftop solar panel installations, on an average, can enable households to avoid enough CO2 emission, offsetting the polluting effects of two cars running for 28 years. As such they are doing a commendable job in reducing the city’s carbon footprint.

As we can see, the proliferation of solar power is aiding in economic recovery in the U.S in ways more than one. Looks like, backed by the right policies, solar energy can even steer the nation toward complete energy independence. Keen to capitalize in the consumers’ growing interests in the alternative energy technologies as well as maintain a steady job creation process in this thriving sector, solar solution companies in Tampa are pressing for the development of industry standards and regulations for the renewable energy projects, enhancement in the city’s transmission capacities and expansion of tax benefits and other financial incentives.