Home Energy Efficiency: Why you Should Consider Solar Energy 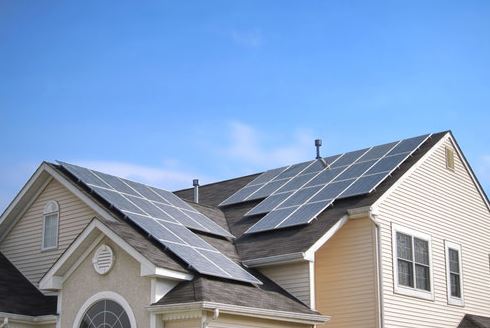 There are very few things in life that we can be 100 percent sure of. One of these things is the fact that the sun will rise every single day. Because of this and as a result of increasing energy prices, more people are opting to rely partially or solely on solar energy. The following are a few reasons why.

The Sun Will Come out Tomorrow

The honest truth is that if the sun does not come out tomorrow, the world will have a lot bigger problems to face than finding inexpensive environmentally friendly energy. However, scientists believe that the sun will continue to shine for at least another 5 billion years. That’s more than enough time for you to recoup any amount of money you invest in installing solar panels. Additionally, enough sun reaches the United States every single day to provide power for the entire country for 10 years. This means that there is literally no limit to what could potentially be done with solar energy.

Solar Technology is No Longer in Its Infancy

Although many talk about solar energy as if it were a future tech, the truth is that solar systems have been in use since the 70's. And many of the solar energy systems that were installed 40 plus years ago are still working today. Over the past four decades there have been a number of technological improvements that have increased the reliability and energy production capability of solar panels.

Solar panels have very few moving parts. They don’t need a lot of maintenance. They are simple to install. And the technology behind them gets better every single day.

Investing in solar technology for your home and business makes financial sense. Solar energy lowers your energy bill every month. Additionally, in some states tax incentives are given to homes that use solar energy. And while the practice is diminishing, some utility companies will pay homeowners for the extra electricity they produce. As the price of solar technology continues to plummet and the cost of fossil fuels rise, using solar energy makes more financial sense every day.

Solar Energy is Good for the Environment

Conventional power relies on processes that damage the environment. Even so-called clean forms of energy like wind energy and hydraulic energy can have a negative impact on the environment where they are located. Solar energy does not produce harmful emissions. It is a truly clean source of energy.

Solar Energy Can be Used All Day Long

When it comes to discussing


solar power panels, companies like Legend Solar that specialize in providing solar panels in the Utah area, are educating the public on the difference between solar energy myths and the reality. Many mistakenly believe that solar power only functions if the sun is out.

The truth is that even if a person has solar panels installed in their home, most of the time they are still connected to the city’s energy grid. The only difference is that during the daytime, when they’re not at home, their solar panels are collecting electricity, and this electricity is being pushed back to the electric grid. The result is that the electric meters on their home actually spin backward. In the evening time, if they do need to pull electricity from the grid, they are using credit energy that they’ve earned throughout the day. The neat thing about this credit energy is that it never expires.

Solar energy is the wave of the future. By investing in solar energy now, you put yourself in a position to be ahead of the curve. You save money, you protect the environment, and you help make the planet you live on a better and safer place for everyone.