A blog by Tahir Ismail in General

In the past, the major need of people in this world was arable land. Man did not have to think about animate things. However, now the adverse effects on forests through over-population and the development of various chemical elements in the atmosphere have led to irregular rainfall and global warming. This global warming has brought changes in climate, including making perennial snow mountains melt, thereby adversely affecting not only human beings but also other living species.

6 New Ways to Go Green You Haven’t Tried Yet

Going green is a trend that isn’t going away anytime soon. More and more people are incorporating a lot of great green initiatives into their daily life to make a difference for their planet. Many people think, in fact, that there is not much more they can do to go green. Even though it seems like there is not much the average person can do, there are a lot of new an uncommon ways to save the planet and its resources. Anyone can try to add these practices into their daily lives. Here are six n 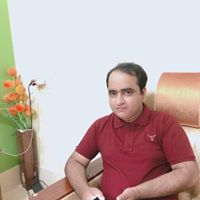