5 Myths About Gas Prices Everyone Thinks are True 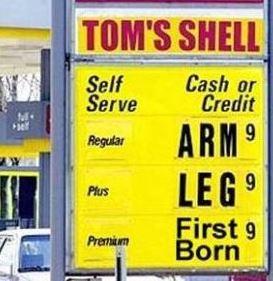 When the price of gas increases at the pump, there is a lot of speculation as to the reason. Over the years, people have heard several myths as to why prices rise and who is to blame. As a result, there are several misconceptions surrounding this essential commodity. The following is a list of the five most popular myths about the price of gas.

While turmoil in the Middle East seems to be a recurring news story, the fighting may have little impact on the price of gas. The fighting must affect investor sentiment about possible supply disruptions from major oil producers. If the conflict remains contained in a small non-oil producing area, trouble in the Middle East will have little effect on the price of gas.

The Strategic Petroleum Reserve contains approximately a 30-day supply of oil. This small amount is not enough to affect prices long-term. While releasing supply may dampen prices slightly, the added demand required to refill the strategic reserve will cause prices to rise, negating any earlier benefits.

The Administration Controls the Price of Oil

Whether the president of the United States is a Democrat or Republican, the administration does not control the price of gas. For years, one side of the aisle blamed President Bush and now the other side is singling out President Obama. While domestic energy policies can influence prices, market forces determine the price of gas long term.

Prices rise in the spring as inventories drop due to refiners switching from winter blends to summer blends as mandated by the EPA. Prices also rise during the summer driving season due to the increase in demand.

While inexpensive gas helps consumers save money, the American economy has continued to grow in the face of rising prices. Advanced economies in Europe and Asia have faced significantly higher gas prices than Americans. These economies have continued to grow and produce higher standards of living.

The information from this article is credited to Fusion Resource LLC.