In order to avoid a future water world (the movie was a dud, I think the scenario would be even worse in real life) or something even more catastrophic, one of the industries that has got to shape up is the automotive industry.

We’re looking at an industry driving a huge portion of fossil fuel extraction. According to the Environmental Defense Fund, fossil fuelled vehicles are responsible for 27% of greenhouse gas emissions. Yes, you gear-heads and old- school mechanics will miss your cherished internal combustion engines (ICE). But who says you can’t keep working on the old ones? Who says you can’t convert them to run on biodiesel? After all, the old roadster will be worth plenty in the future as a relic, but it’ll be worth even more running around on clean fuel. Just think. There will only be so many (if any) like it.

The auto industry, including the trucking industry, is shaping up to an extent, just slowly. I’ll get into why I mentioned the trucking industry soon. Most of us blogger kids like to think about all the super-neat new tech we might use ourselves. Smart, web-savvy autonomous cars, pure EV’s that glow in the dark, hybrids that run on beet juice—well, that last one I pulled out of thin air (I don’t think it’s unreasonable), but you get the idea. This post, though, is about five innovations that could make a real difference in the horsepower-driven world.

The sexy blogs aren’t publishing a lot of stuff about this, because it doesn’t sound that sexy. But right now, the commercial trucking industry is staring down the barrel of regulations designed to cut emissions from trucks we rely on a great deal. They deliver your mail, they pick up your garbage, and until they turn into drones, the class 7 and 8 ones drive 80% of the freight in America to any city with a supermarket. At the same time, according to the EPA, freight semi-trucks are super-inefficient, spewing two-thirds of the GHGs (Greenhouse Gases) commercial trucks spew.

If Wrightspeed's powertrains have anything to say about it, the cuts will be easy to accomplish and will save fleets money in the long run, too. Ian Wright co-founded Tesla then split off to start Wrightspeed. His Route powertrains are a plug-in innovation incorporating an electric engine and transmission that fleet operators can retrofit to their trucks. They can just slap it on the old rig to hopefully achieve results like the Isuzu NPR achieved.

According to breakingenergy.com, the Isuzu NPR delivery truck went from 12 mpg in the city to 44 mpg—a 300% improvement. Let’s hope fleets will shell out the $200,000 for those type of results sooner than later.

Right now hydrogen-powered cars aren’t the big sellers in the green car market because of the price. There aren’t enough fueling stations, and the cost of creating the technology fuels a high price tag. But according to the New York Times, major manufacturer Hyundai is sinking more effort into these cars, creating the possibility for another fuel-saving alternative on the market in a decade. It’s not exactly a revolution, but the Times reports the price for a hydrogen-powered Hyundai has dropped from $124,000 to $76,000 in Korea.

Having another green car option on the market is important because it will drive prices for extant technologies down, and it will create further competition for technological advancement. Once Hyundai is infiltrating the market with hydrogen-powered cars—cars that emit absolutely no GHGs and run on the most plentiful element in the universe, hydrogen—majors like Honda and Toyota will have to answer back. They’ll have to give us more inexpensive alternatives to the ICE in order to stay afloat.

This one may seem pretty far off, but why not consider the possibility of 3-D printed cars? Imagine cutting down on all the emissions car manufacturers themselves create and rolling a new vehicle directly out of your own garage. That’s exactly what Chandler, Arizona-based Local Motors

has been working on. It started with a competition called Project Redacted. After announcing the winner of the competition, the tech company/electric car manufacturer announced they will begin a new project with three universities to delve deeper into making 3-D printed cars a reality. Not only will these cars be DIY, the design Local Motors will be working on is for an electric, autonomous vehicle

That this is even on the table speaks to the amazing capabilities of 3-D printers to create objects out of metals and other substances besides plastics and polymers—this technology is progressing at an incredible rate.

One could imagine a time when the infamously restrictive policies of auto manufacturers are obliterated by this type of tech. For years, manufacturers have had the technology to create cars that run for hundreds of thousands of miles longer than what we have now. They’ve also had the technology to improve the gas-mileage cars can get to an equally mind-blowing extent. Once making cars becomes a more democratic pursuit, and there are more environmentally-friendly options on the market, the gas-guzzlers of today will be just as much dinosaurs as the gas that fuels them. 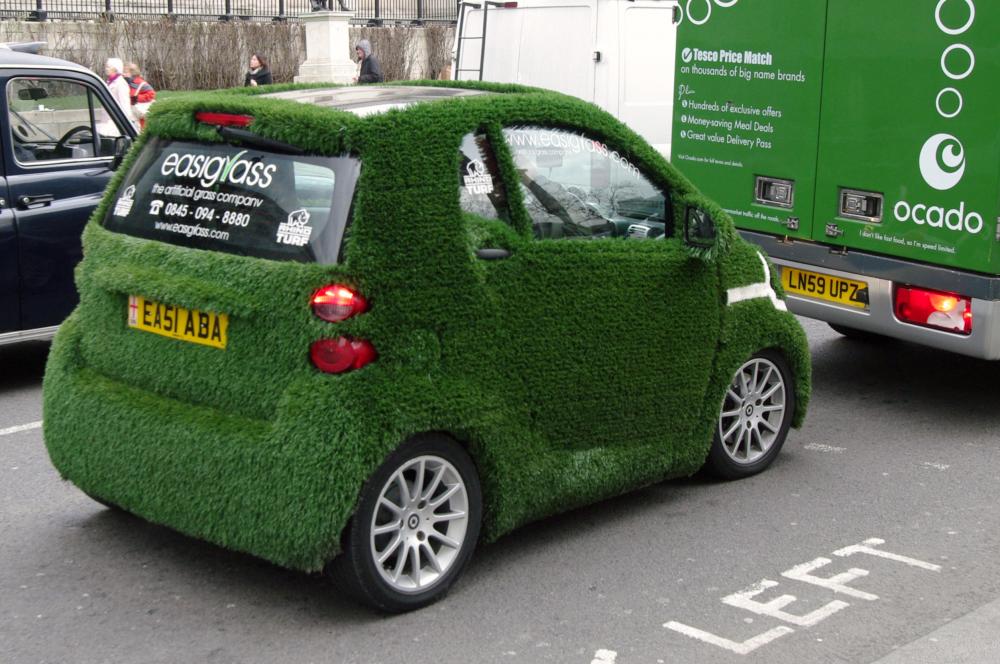