In this modern day and age, the amount of energy the world needs is increasing rapidly. This is due to many countries developing modern infrastructures that are able to support the heavy demands that increasing use of electricity creates. Along with the higher demand for electricity comes a higher demand for renewable and sustainable energy that keeps the world as eco friendly as possible. Let have a look at a few examples of some of the projects built around the world to supply this renewable energy. 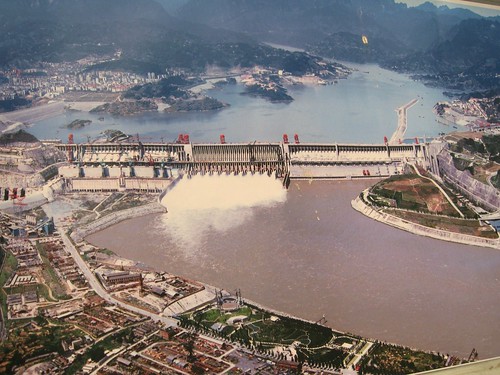 China is at the forefront of many things in the world and they are now making a massive improvement to be at the forefront of being eco friendly. The Three Gorges Dam is the worlds largest hydroelectric dam and it's as impressive in performance as it is in sight. Its the first in the world to reach 18 gigawatts. To put that in perspective, 18 modern nuclear power plants cant even make that much electricity. This impressive project shows that even countries like China are doing a major part in keeping the world as clean and eco friendly as possible.

This seriously impressive solar field takes use of suns rays to create energy. Built and created in Morocco, it generates around 160MW of electricity and holds up to 3 hours of storage. When it was built it was the first of its kind in Africa, although there have been several of these impressive built since its inception. It was built deep in the desert and some of the surrounding problems did cause a few threats but with a risk advisory service, the bio mass project was completed with a massive success.

Just because renewable energy has become far more popular recently, it doesn't mean it wasn't thought of and created years ago! This huge project was built in the year of 1967 in France and cost $134 million to complete. The barge blocks the entrance to the River Rance, creating energy by allowing the water to pass through turbines, and is the largest type of power plant to do this throughout the world.

Renewable and sustainable energy, like these projects, are vital if we are to keep our world healthy.