Along with its reputation as a luxury destination, Monaco is equally well known and respected for its commitment to preserving and protecting the natural environment — and the marine environment in particular. Ensuring Monaco’s sustainable future has become central to policy making in one of the smallest countries in the world.

Given its picturesque setting on the Mediterranean Sea and the fragility of marine ecosystems, including coral reefs, the principality has long strived to ensure the preservation of sensitive species.

Monaco is home to one of the world’s first protected marine habitats, which are essential to conserve the biodiversity of the oceans. The principality also hosts the UN system’s only marine environment laboratory and annually sponsors Ocean Week in support of ocean conservation and to raise awareness of environmental dangers to the planet.

Monaco’s sustainable future depends not only on environmentally responsible developments on land, but also, as importantly, at sea. As marine life continues to be threatened globally, the principality maintains its commitment to long-held principles.

Since 2016, the Prince Albert II of Monaco Foundation has been dedicated to the protection of the environment and the promotion of Monaco’s sustainable future, as well as other countries across the world. Now, an ambitious land reclamation project is carrying forth the will of Prince Albert I of Monaco, an avid explorer of the world’s oceans and founder of Monaco’s renowned Oceanographic Museum of marine sciences.

Mareterra is an ambitious land reclamation project that is extending the principality’s coastline with the utmost care for the marine environment, which includes fragile and endangered coral reefs.

According to the International Union for Conservation of Nature, coral reefs are among the most threatened ecosystems on Earth, primarily due to global warming and climate changes. Among marine ecosystems, coral reefs have the highest biodiversity. As scientists report on the threats to marine ecosystems, which are in decline in many parts of the sea, including in European waters, Monaco’s efforts to protect and preserve the environment exemplify innovative ways sustainability can be achieved.

In keeping with the principality’s goals of conservation and safeguarding biodiversity, the developers of Mareterra (formerly known as Portier Cove), introduced artificial reefs during the land reclamation project to enhance colonisation along the expanded coastline and thus help contribute to Monaco’s sustainable future.

The 3-D printed reefs, placed 27-metres deep offshore, not only provide surfaces for corals and crustaceans to attach to, but also help reduce coastal erosion. In time, other marine species will be attracted to the area, improving the overall habitat.

The land reclamation project for the US$2.4 billion luxury development also incorporates measures to save protected seagrass and to mitigate an invasive species of algae, all helping to ensure Monaco’s sustainable future. It is also taking steps to reduce the impact of its construction, scheduled for completion in 2025. Marine scientists are working to preserve the area’s marine life and are creating new sea beds to relocate and protect fragile plants as the project, which extends 15 acres into the sea, is underway.

This eco-extension project is expertly designed for the environment necessary for fish and invertebrates, as well as to support a luxury development with state-of-the-art green technology.

With such prominent eco-friendly developments such as Mareterra blazing a trail, Monaco’s sustainable future has never felt more assured. 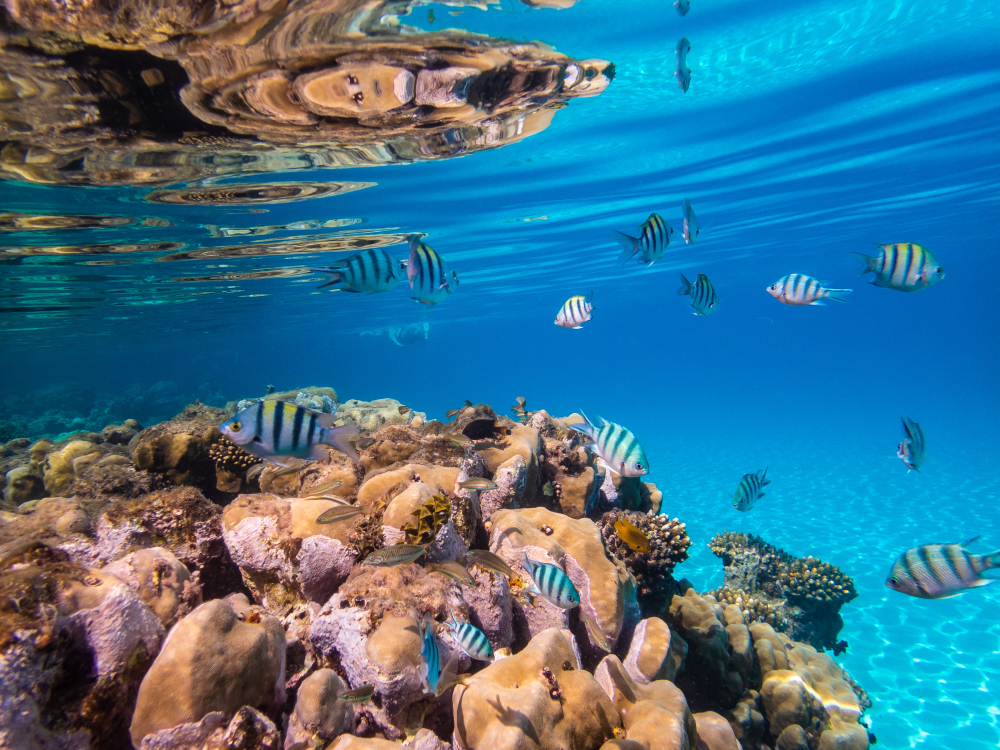