Is it time to panic? Well, taking into consideration that a great many trees are dying all around the world and aren’t being replaced, it’s safe to say that we’ve got a crisis situation. Up to 90 percent of the saplings planted in Turkey across its 81 provinces died only after a couple of months. And let’s not forget about the dreadful Australian bushfires. The mixture of rising heat and drier weather left trees to ignite near some of the most densely populated areas of the country. 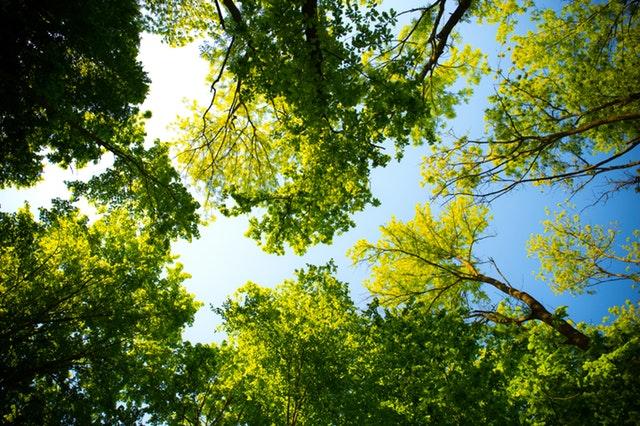 Trees are dying at a fast rate and this is quite unfortunate because they are essential in natural and human-dominated environments. Have you ever stopped to think about what would happen if there were no trees on Earth? Just so you know, it would be impossible to survive. We rely heavily on trees for oxygen, preventing flood and erosion, beating air pollution, and more. When they are planted in strategic locations, trees also block out loud noises from airports and highways.

Given How Many Dead Trees Are Found, It’s Normal to Want to Know What’s Going On

There is potential for high devastation. This translates into the fact that more trees are likely to suffer die-offs in the years to come. Arborists and tree huggers are terrified of the future because they believe it will bring nothing good. Trees aren’t considered paramount to public health. It seems that people fail to understand the important things they do. Saplings bring about important advantages for the ecosystem and planet, which is why bringing back to life forests should be a priority.

Trees Are at Great Risk Due to Climate Change

Throughout the years, scientists have examined trees from Asia, South America, and Africa to figure out what is going on. They arrived at the conclusion that saplings are passing away due to climate-change-related factors. Examples include carbon starvation and hydraulic failure. Plants are no longer able to absorb carbon dioxide from the atmosphere because of the high temperatures. Trees literally die because they starve of carbon. Plus, they have to compete for limited resources such as water.

In the process of decomposing, the greens use up the oxygen they previously released and eliminate all the carbon dioxide they previously consumed. When trees die, the carbon flow is interrupted. This basically means that carbon is released into the soil and the atmosphere goes down. More carbon dioxide is added to the atmosphere, so it becomes much more acidic. It shouldn’t come as a surprise that dead trees leave the second biggest carbon footprint in the world.

Tree mortality has a considerable impact on ecosystem processes. It’s difficult if not impossible to spot a dead tree from a living forest. The disintegration and decay of that tree include the redistribution of wildlife habitat. Some even believe that dying staples will further accelerate climate change. If forests aren’t managed sustainably, they will emit more carbon than they store if temperatures continue to rise.

In case you didn’t already know, climate change takes place because of increases in carbon dioxide concentration. Additional contributions from forests will only contribute to the problem. Forests should be taking carbon dioxide out of the atmosphere, not the other way around. The fact is that destroying the forests adds to the CO2 problem.

Tree Surgeons Are the Only Ones Who Can Save Surviving Trees

There are quite a few trees left on Earth, so it’s necessary to help the survivors. Like any other being, saplings need good nutrition, a healthy environment, and periodic care. Tree surgeons are the only ones capable of helping these living organisms, which play such an important role in the ecosystem. A tree surgeon is a professional who is trained in the profession of arboriculture. They are like doctors, in the sense that they perform delicate operations like deadwood removal.

A Quick Overview of The Tree Surgeon’s Equipment List

The tree surgeon profession is a challenging one because it requires skill and knowledge. Like any professional, the tree surgeon has specific tools. The job is a physical one and it’s performed outdoors. Arborists use a wide range of specialised tools, such as:

Unfortunately, trees aren’t invulnerable to maladies. They are prone to developing many illnesses, which is why particular care is required. It’s important to understand that greens deserve just as much attention as we do. If a staple is having problems or it’s about to die, it will lose its shine and become weaker. Tell-tale signs to look out for are insect activity, dead leaves and branches, and cavity building up within the trunk.

To sum up, tree surgeons have the power to save the environment by doing what they know best. They have a non-negligible role as far as tree care is concerned. Given the escalating climate emergency, their help is more than welcome.