The Impacts of Littering

Nobody likes a litterbug. However, studies show that out of everyone across the country, people from Queensland and New South Wales are responsible for disposing of the most waste improperly. Because of this, the achievements of others around the country who are trying to dispose of their waste properly has been overshadowed. However, if we can teach people just how much their littering impacts the rest of the world, we may see some improvements sooner than we think.

It can kill animals

We’ve all seen the advertisements and posters about how disposing of our rubbish in the wrong places can kill animals. However, most of us don’t realise that even getting rid of something small like a gum wrapper or a bottle cap can have a big impact later on. And even though it can be hard to clean up on land, it can be even harder to keep the oceans clean, and plastic rubbish is the main form of litter floating in our oceans. It is estimated that about 88% of the ocean’s surface across the world is covered in plastic debris, with about 8 million metric tons of plastic being thrown into the ocean annually. These numbers will continue to grow if we don’t do something about it and the animals that live in the ocean will feel this impact the most because many animals will either ingest this rubbish by accident or get caught in it because it has no idea what it is. This also means that humans that consume marine animals that have plastic inside them will be impacted because the plastic can not be fully digested by any living creature.

It pollutes the soil, water and air

When you litter, some of the toxins in the products that you are throwing away can actually leach out into the ground and pollute the soil around it. Because soil is absorbent and it can take on a bit of any substance that you add to it, when you add things like plastic or rubbish that contain chemicals to it, the soil will absorb some of the toxins in the litter. Now you may be thinking that there is no way that this can affect you, but you have to remember that most of the things that you eat are grown and raised in soil. So this is another way that littering can directly impact your diet in a negative way. These toxins from plastics and litter that absorbs into the soil can also seep into the water from the ground so that even the water that we drink can be impacted.

It costs the economy

Littering is not just about the environmental impacts, there are terrible social impacts that littering has as well. For example, it has been noted that areas, where littering is more common, are places where people are most likely to litter, because they may subconsciously follow what other people are doing or have done before. It can also impact other attitudes in the area towards things like crime and graffiti because the atmosphere in these areas is different from those that are cleaner and well looked after. Because littering is such a big problem in city and suburban areas, local, state and federal governments have had to start allocating funds to combat the problem by paying for more people and organisations to clean up litter on the streets. If more people reduced their amount of waste they produce, reused items that can be reused and recycled things that can be made into something new, there would be a lot less rubbish on our streets that has to be disposed of.

There are a number of ways that littering can impact our everyday lives. Littering can affect the water you drink, the food that you eat and the streets that you live on and it is something that can be easily fixed if all of us work together to do the right thing. If you are interested in limiting the litter in your area and making a positive change to help the environment, you should join a group in your local area that is focused on conservation and limiting the waste in your area. Littering is not a problem that can be solved quickly and easily, but every little bit counts, so doing what you can when you can, will make a big impact.

Susie is a content manager at 1300 Rubbish, a rubbish removal company that can help you to dispose of any residential, commercial, construction or green waste that you want to get rid of in a responsible way. 1300 Rubbish is based in Australia and offers rubbish removal services to people across the country in all of the major towns and cities. 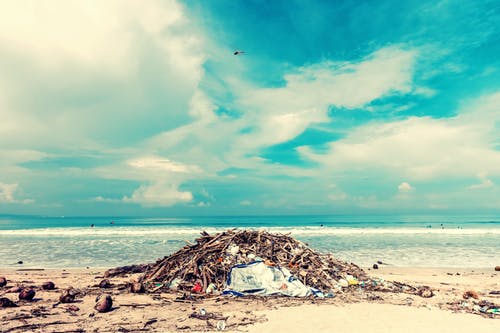