Eco-Friendly Autos: The Top 5 Greenest Vehicles on the Market 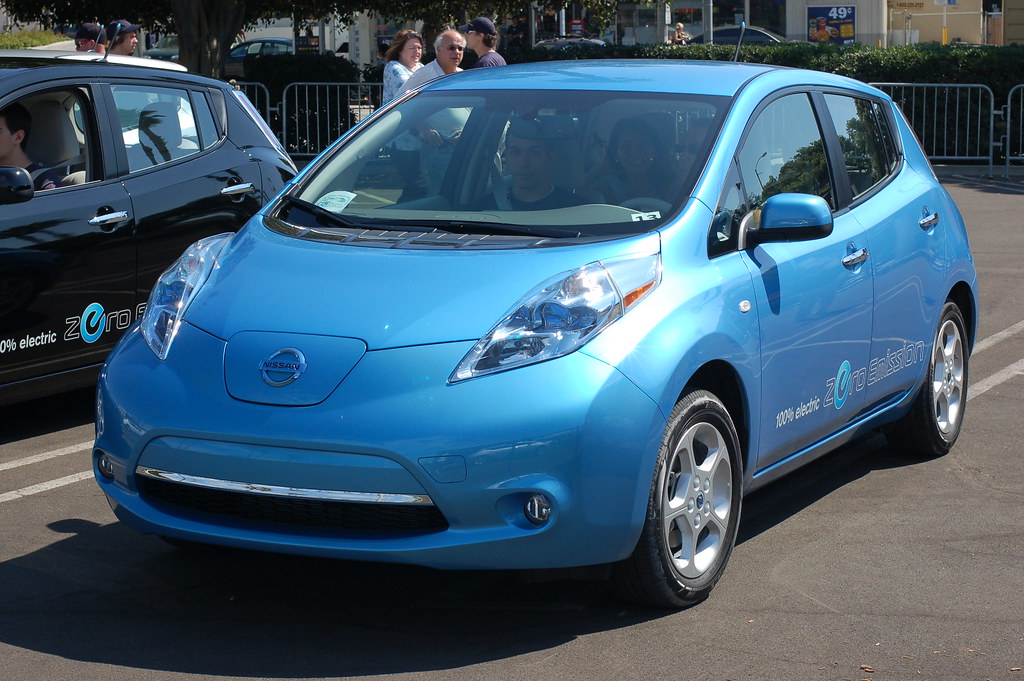 It is certainly a golden era for those looking to buy green vehicles. The prevalence of hybrids and fully electric cars are slowly dominating the vehicle market, with even conventional cars borrowing some of the technology. In this ranking of the top five, there are several important aspects to consider. These cars make the cut because of their fuel efficiency, limited or no reliance on fossil fuel and decent utility. This list is also a ranked list, so the first car is the top choice and the fifth car is the least desirable.

It simply doesn't get better than this brand new addition to the Prius family. While it may be surprising that a pure electric doesn't take the top spot on this list, Toyota has managed to strike the best balance between utility and efficiency in its plug-in electric hybrid design. The Prime, which is truly deserving of the name, has been heralded as the most efficient car in the country. It boasts over 600 miles total range on a mere 11 gallons of fuel. It's decent 25-mile electric battery serves well for the majority of commutes and daily driving without sacrificing the car's efficiency with too much dead weight. The Prime allows a driver to go gas free for much of their time, while still giving them amazing flexibility for long trips, and enough cargo and passenger space to be comfortable all while maintaining a basically unbeatable 133 EMPGs of efficiency. To top it all off, it is decently priced at below $30,000, which beats out much of the competition for plug-in hybrids. The math simply doesn't get any better.

Those choosing to get a pure electric vehicle need look no further than the Tesla Model S. While it bears an extravagant price tag as its main detracting feature, the Tesla shows what fully electric cars need to be if they are to ever become a mainstream item. The Tesla boasts almost twice the range of most pure electrics while having a rapid charge ability that makes it usable even for long road trips. The car is overall less efficient than the Prime, down to about 102 EMPGs. Assuming an owner's power comes from clean sources, the Model S may be the cleanest car in the country. It gets knocked down to second place mainly because of its $70,000+ price tag and its lower overall efficiency.

Nissan's attempt at making an affordable all-electric has worked for many drivers across the country. The name clearly indicates the car's attempt to be greener than the average vehicle, and the car does succeed in that admirably. It actually has more efficiency than the Tesla at about 115–120 EMPGs combined, edging up to 124 in-town only.

The greatest detraction of the Leaf is the same that afflicts all affordable pure-electrics. They simply don't have the range and utility of a conventional car, not even close. The newest models of Leaf have managed to push their maximum range over the 100 mile mark, barely, but that is only in the hands of a very conservative driver in town. The car works great as a commuter vehicle, but it simply doesn't have the ability to function on longer trips. This dramatically hurts its score because its utility value necessitates an owner having another, conventional, car for longer trips, defeating the purpose of buying the green car to begin with.

This efficiency, however, comes at a steep cost to utility. The car takes the idea of compact to a new level. It can barely accommodate two people comfortably and has basically no cargo space. It also has a measly 60–70 mile maximum range, so it is completely unusable for longer trips. Most drivers will need to take the money they save buying a smart car and invest in a second car to get anywhere with. It is saved from the lowest ranking only because of its affordability and efficiency. You can't get a pure-electric for less.

It is interesting that a plug-in electric takes both the top and the bottom spot on this ranking, which shows that minor changes in how the technology is approached can have a major impact. In many ways, the Volt works just like the Prime. It even boasts over twice the electric range, which may appeal to some drivers. The modern version of the Volt functions more like a true hybrid. This is in contrast to the early models, which took a different approach to the technology and killed the car's gas efficiency completely. The early model Volts wouldn't have even made this list.

Lowered efficiency is the main detractor of the Volt. Despite functioning almost exactly like the Prime, it barely manages to get over 100 EMPGs, with a considerably lower gas efficiency. The Volt is bigger, heavier and less focused on efficiency compared to the Prime. The larger and heavier battery that gives its primary advantage, is also its greatest detractor. All that extra dead weight really hurts once the battery is empty.

In an effort to give drivers greater electric range and a bump in performance, Chevy has built a plug-in hybrid that, while still very useful and popular, just doesn't promise to save the planet quite as well as the Prius Prime.

There are many options out there when shopping for a green fuel-efficient car. It's important to select a vehicle that works well for your particular driving situation and habits because even a green pure-electric doesn't do any good if you're hardly ever able to use it