Having a garden in your own backyard can be a highly rewarding notion. You can either make a beautiful flower-garden and use it as your own private little oasis or you can grow vegetables in it. The latter method allows you to produce organic food for you and your family and save some money along the way. Whatever your choice may be, the key to making your gardening efforts more efficient mostly lies in how diligent you are when it comes to its maintenance. One of the huge items on this list is the question of watering. Most domestic watering methods are inefficient and waste too much water, however there are a few ways you can make this both effective, environment friendly and inexpensive.

It would simply be unfair to start this list with any other method, seeing how it is the pinnacle of both simplicity and frugality. All you need for this to work is a hose long enough, that you will strategically deploy all across your garden. After this, you need to poke tiny holes in this hose (as small as possible) so that it starts dripping in all the right places once you turn the tap on. As for the tap itself, it is in your best interest to open it as little as possible, because too much water will create pressure that will probably destroy the whole system. 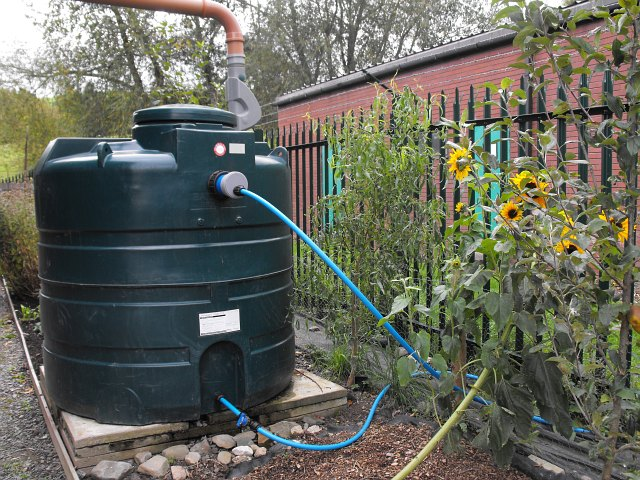 The greatest problem with the previous idea is that it relies on tap being constantly open. Instead of it, some people decide to use a bucket or a barrel filled with water with a tiny hose attached to it. This bucket would have to be elevated on a platform of any kind (even things such as stone, chair or an old tree stump will do the trick) in order to allow the flow even to the water at the bottom of the bucket. Another advantage of this method, which shouldn’t be overlooked, is that it allows you to use gathered rainwater, which makes your efforts planet-friendlier (not to mention more money-saving). 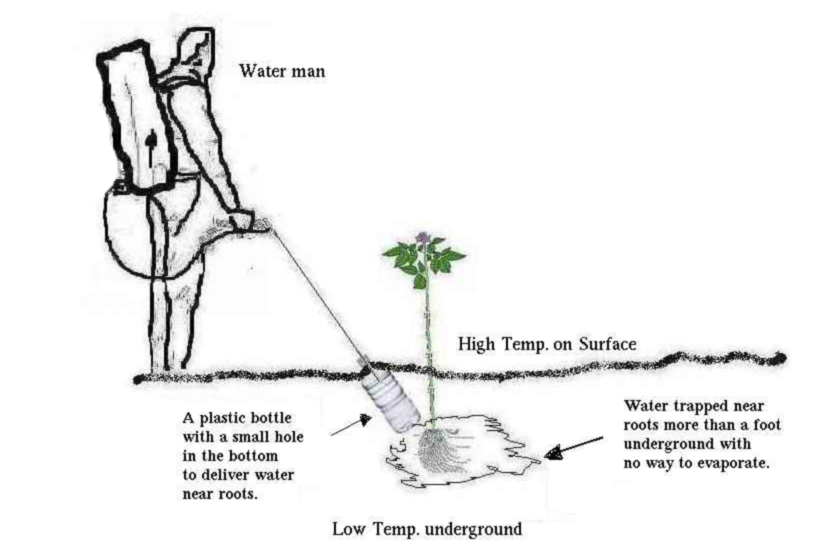 Another course of action you could take (perhaps even simpler than the drip irrigation one) is the so called plastic bottle irrigation. All you need to do here is take a large plastic bottle and poke few holes at its bottom. After this, you need to bury its lower half into the ground and fill the bottle with water. This way, it will gradually release water. When you take a closer look at it, this system is cheaper in the long run since it uses a finite amount of water, instead of relying on the tap that never ends running.

A PVC drip irrigation method is an ingenious and simple project, which can be made for as little as $50 and is specifically designed to minimize your water spending. Here, all you will need are some PVC pipes (both 3/4″ and 1/2″), end caps, elbows, connector tees, ball valves, some PVC cement, pipe straps and some screws to attach them. All of these, are standard and can be found in any hardware store. As for the tools you will need, a simple hammer, nails and a drill will do. Now, assembling it is a bit tricky, but those determined to go through with it can find an in-depth-tutorial here. 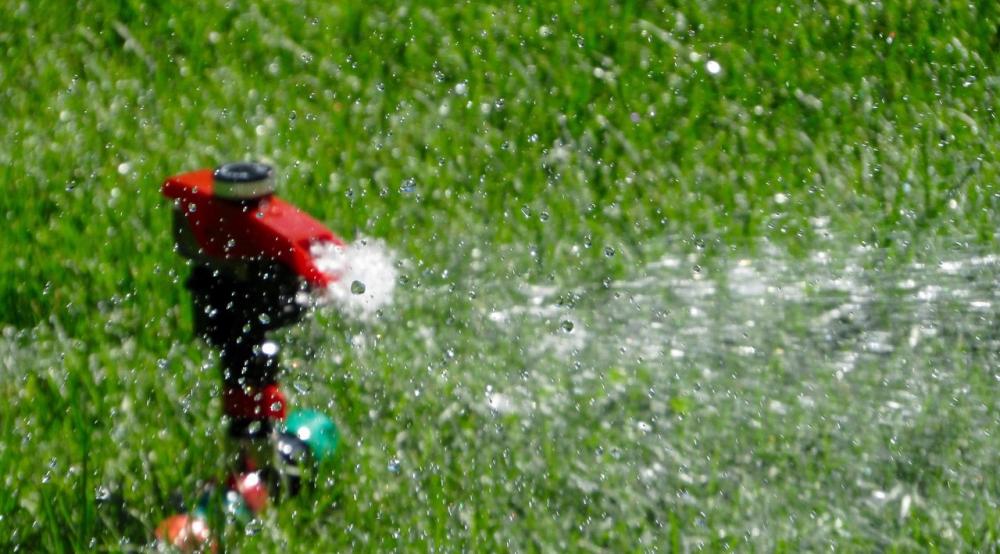 Even though most of the above mentioned methods did usually cost under $10 to make, there is no reason why inexpensive should serve as a synonymous for next to nothing. For just a bit more, you could get some plastic ground stakes, tee connectors, micro sprayers and even some retractable hose reels. In this way, you can make a sprinkler system, almost authentic to those that can be seen in stores and ensure that your garden is always taken care of properly.

Keeping your garden safe during the summer is a vital task, but it is also something you need to start worrying about on time. Even though you don’t have to go out right away and start working on the system, it would be smart to at least start doing some research on which of these methods would suit your needs, and those of your garden, the best. The prices of all the above mentioned are fairly low, especially when considered with the prices of commercial DIY systems. You should also keep in mind that this project is not something you will do every year. Overall, undertaking such an effort is always more than worth it.