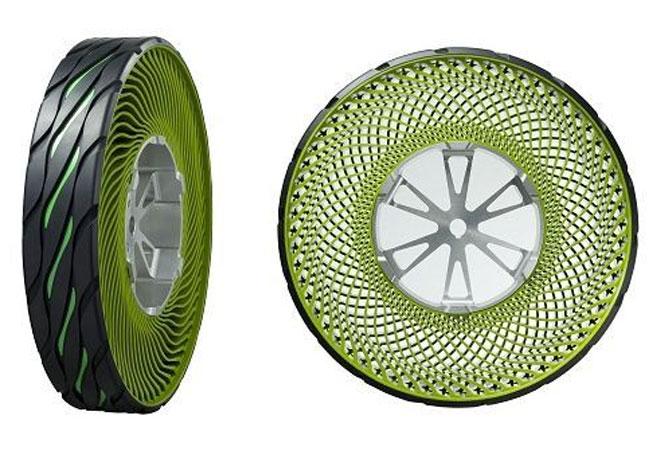 The concept of airless tires has been around for ages, in fact, Michelin has been developing this concept since 2005. It is only just recently that airless tires have become a readily available to the average consumer. Hankook recently announced that their airless tires should “hit the market very, very soon.” So, what exactly is an airless tire? Also known as non-pneumatic tires, airless tires are those not supported by air pressure. While they are usually used in certain lawnmowers and golf carts, airless tires are now being created for regular vehicles as well.

Previously, there have been certain disadvantages associated with airless tires. For one, these provide much less suspension than regular pneumatic tires. Also, they lead to a lot of heat buildup. However, with developing technologies, these disadvantages have been severely minimized. Currently the benefits of using the modified airless tires far outweigh the disadvantages. Bridgestone’s airless tires, that are currently being developed, sport a unique spoke structure that is easily able to support passenger vehicles. Perhaps the largest advantage of these airless tires is that they are environmentally friendly, made with 100 % recyclable material. According to Bridgestone, “No part of a non-pneumatic tire ever needs to go in the garbage, which goes hand-in-hand with Bridgestone’s effort to create a “cradle-to-cradle” system in which all tires are first recycled and then factory-refashioned into new tires.”

Furthermore, these tires promise reduced carbon emissions. You might wonder how tires can play an active part in reducing emissions. Well, a significant part of energy loss that comes from tires rolling resistance is due to changes in the shape of regular tires as they roll. Airless tires seem to promise a much simpler structure, leading to fewer changes in shape and thus reducing emissions. In terms of production too, Hankook, another airless tire brand claims that the production of these tires is halved from the production of normal pneumatic tires. This means that the footprint left behind due to trie production is also lessened, further supporting the sustainability and eco-conscious aspect of these tires.

From a practical standpoint too, airless tires nullify the possibility of flat tires. This makes sense, as these tires cannot leak since there is really no air to be leaked! This means that drivers won’t have to worry about running over a sharp object, and tire change frequency will be visibly reduced.

All in all, airless tires are a revolutionary concept in auto-production. With increased functionality and a much more positive impact on the environment, we are excited for these tires to hit the market, and soon become the accepted norm! 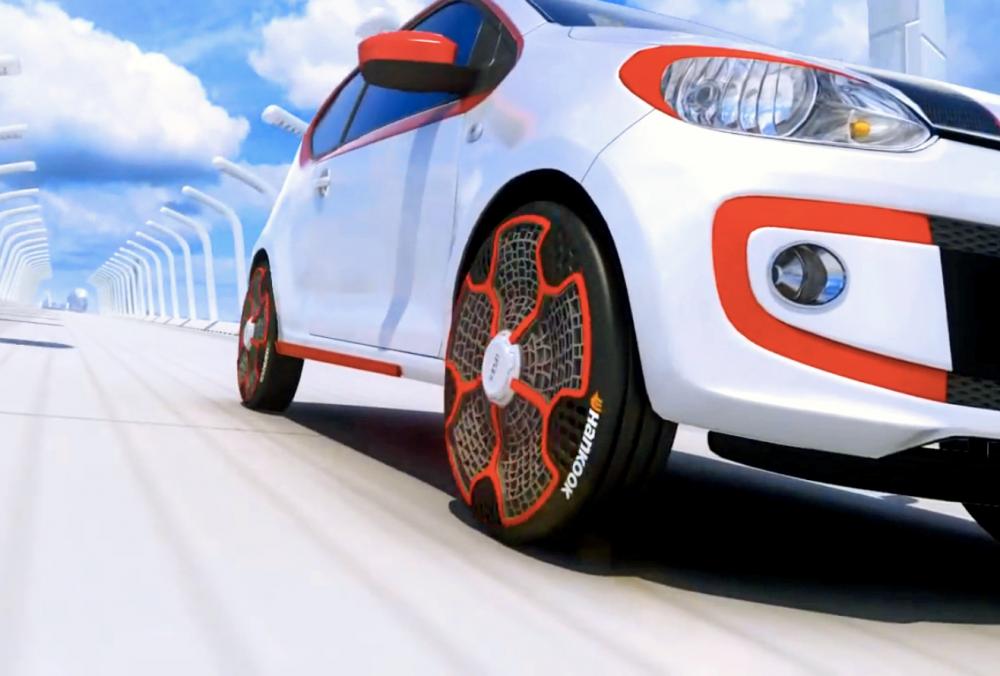