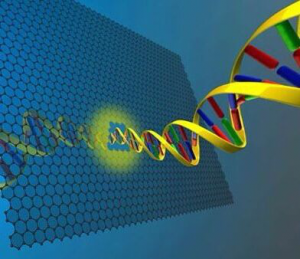 DNA sequencing technology, that is, technology to determine the DNA sequence. In molecular biology research, DNA sequence analysis is the basis for further research and transformation of target genes. The current technologies used for sequencing are the dideoxy chain end termination method invented by Sanger et al. (1977) and the chemical degradation method invented by Maxam and Gilbert (1977). These two methods are very different in principle, but they are based on nucleotides starting at a fixed point and randomly ending at a specific base, resulting in four groups of A, T, C, G with different length A series of nucleotides are then detected by electrophoresis on urea-denatured PAGE gel to obtain the DNA sequence. At present, Sanger sequencing method has been widely used.

The human genome is composed of four letters A, T, G, and C. The vast and intricate divine book of life is like a treasure trove, holding secrets that people have been eager to know for thousands of years. DNA sequencing technology is like "opening the door of sesame seeds". The mantra is our golden key to open the treasure trove. The first method in the world to determine the DNA sequence was invented by the British biochemist Frederick Sanger. Since then, the speed of DNA sequencing has been accelerating. The 2001 human genome sketch cost 437 million US dollars and took 13 years. By 2007, the birth of the first complete human genome sequence map cost only $ 1.5 million, and it took only three months to complete. On January 2, 2009, scientists from California Pacific Biosciences, Jonas Kaurrach, Stephen Turner and their research team published a paper in the journal Science, saying that they compared nanotechnology with chip technology in combination, a new sequencing method was invented, which is 30,000 times faster than the existing technology.

The principle of Sanger sequencing is to use a DNA polymerase to extend the primers bound to the template of the sequence to be determined. Until one chain termination nucleotide is incorporated. Each sequence determination consists of a set of four separate reactions, each of which contains all four deoxynucleotide triphosphates (dNTP), mixed with a limited amount of a different dideoxynucleoside triphosphate (ddNTP). Because ddNTP lacks the 3-OH group required for extension, the extended oligonucleotide is selectively terminated at G, A, T, or C. The termination point is determined by the corresponding dideoxygenation in the reaction. The relative concentration of each kind of dNTPs and ddNTPs can be adjusted, so that the reaction can get a group of chain termination products with hundreds to thousands of bases. They have a common starting point, but terminate at different nucleotides, and can be separated by high-resolution denaturing gel electrophoresis. After gel treatment, X-ray film autoradiography or non-isotopic labeling can be used for detection.

The purified DNA to be tested can be single-stranded or double-stranded.

Scientists placed thousands of waveguides on a microarray chip etched with nanostructures. This is a miniature, hollow metal tube with a diameter of about 20 nanometers and a volume of about 1 femtoliter. A DNA molecule plus a DNA polymerase molecule can fill up the space in the tube. In this way, thousands of sequencing reactions can be performed simultaneously on a small chip. Especially valuable is that when performing sequencing reactions in such miniature waveguides, the interference will be significantly reduced, which means that the accuracy can be greatly improved.

In the current product, there are about 3,000 waveguides on each chip. Pacific Biosciences intends to launch this level of product in 2010. According to the company’s founder Turner, by 2013, one million waveguides will be placed on each chip, and the complete sequence of the human genome will be measured within half an hour, with an accuracy of 99.999% and a cost of less than $ 1,000.

Although Dr. Michael Metzke of Baylor College of Medicine in Texas said that Turner ’s outlook is too optimistic, such an amazing speed makes us seem to see the previous progress of computer CPUs-the number of transistors on integrated circuits, every 18 Months will double, and performance will double. Someone commented that DNA sequencing technology will follow computer technology and communication technology to become the third "Moore's Law" subject industry.

We work hard to offer you the same dependable services to pharmaceutical and biotech companies, as well as academia and government agencies for the purpose of satisfying all your sequencing or array needs. Through nearly ten years’ hard working and depend on our professional work team, we are proud of satisfying the needs of our clients both at home and abroad, which across more than 50 countries and districts. We always devote ourselves to providing you with the best and professional service. Here are some our products: amplicon sequencing, viral genome, bacterial rna sequencing, Ribosome Profiling, etc.