On January 31, 2020,  a paper published by a virus expert at the Indian Institute of Technology and Biology caused a big controversy in the country. The paper points out that four fragments inserted in the new pneumovirus gene that are highly similar to HIV and are not very likely to com from natural evolution. This news has become the theoretical basis for conspirators.

In fact, the conclusions in the papers was published informally by Indian scholars and the data provided by them cannot be obtained at all, and there are many “mistakes”. Several scientists have verified that the so-called "similar gene fragments with HIV" is a coincidence that these gene fragments are also widely present in other common viruses.

Actually an officially published scientific paper pointed out that the new coronavirus is the result of coronavirus evolution, not artificial synthesis, according to the analysis of the characteristics of genome-wide evolution. 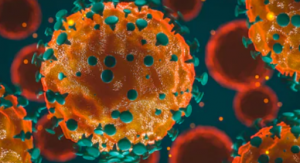 Conspiracy theories are always something that people love to see, and whenever something new that cannot be explained with existing knowledge is revealed, corresponding conspiracy theories will soon appear. The novel coronavirus (hereinafter referred to as "SARS-CoV-2" according to WTO) is no exception.

Since the novel coronavirus raged last December, multiple related conspiracy theories have emerged on social media. For example, the "novel coronavirus" is an American biochemical weapon specifically targeted at the Chinese. Such rumors are easy to refute, because the origin of the rumors is conspiracy theorists from non-scientific circles. There is no argument and it is pure speculation.

But in the past few days, a message went viral on Chinese and English social media.

The rumored news said that "Indian scientists have sequenced genes and found that "new coronavirus" has gene fragments not found in other coronaviruses, and these gene fragments are close to the human immunodeficiency virus HIV", and concluded that "these genes Fragments are likely to be artificially synthesized. " This statement spread immediately. If it was artificial, who made it? What is the purpose? Is the "novel coronavirus" really a biological weapon?

This is certainly not the case!

Papers by Indian scholars are not officially published, nor have they been peer-reviewed.

The paper was put on the web page of bioRxiv by the author. This web is dedicated to publishing scientific papers that have not yet been formally published in academic papers, nor have they been peer reviewed. It is equivalent to a web database that allows everyone to take a quick look before the paper is officially published or for unpublished papers.

The paper comes from the well-known Indian Institute of Technology in India, entitled “Uncanny similarity of unique inserts in the 2019-nCoV spike protein to HIV-1 gp120 and Gag”.

This article is a professional thesis, which is difficult for ordinary people to read. Let me explain briefly.

The author got the genetic map of the "novel coronavirus" virus (thanks to Chinese scientists, the virus was isolated for the first time and the complete sequencing was completed, and then made public and provided to scientists around the world for research). Compared with other coronaviruses, it was found that the gene maps of "new coronavirus" and other coronaviruses were 96% the same, and only 4% were different.

These 4% have about 1,200 base pairs. Among the 1,200 base pairs of transcribed amino acids / polypeptides, four inserts were found to have gene sequences not found in other coronaviruses. After analyzing these four inserts, it was found that the three-dimensional structure formed by them is likely to exist on the tip of the spinous protein on the surface of the virus, which is the part that initially contacts the host cell. The author then compared the genetic sequences of these inserts with the HIV virus and found that they were very close to the genetic sequence of at least one HIV.

The author then concluded that their discovery is unlikely to have been accidental.

The author's words stop here. But this will undoubtedly make people start to associate. If this new virus has a structure that other family viruses do not have, these structures will still help the virus enter the host cell, and it is very close to the HIV virus, and it is unlikely to be a natural product. This is too suspicious. Is it really a synthetic virus?

American scientists verified that the "novel coronavirus" and pointed out that there is indeed fragment close to HIV, but it is not unique. These gene fragments are also widely found in other common viruses.

Dan Samorodnitsky, a popular science author on Massive Science, is a former biologist, current science writer, and an extremely serious person. He came to this article and used the so-called unique and only 4 inserted gene fragments similar to HIV to study it again with a gene sequencing tool.

The results are as follows:

The second fragment test is the same.

The second insert is indeed close to a certain section of HIV, but it is also found in the most common herpes virus, the cytomegalovirus (a virus that causes kissing disease) that is very easy for adolescents, and the virus that infects tomatoes.

The other two clips are no exception. Not only exist in "novel coronavirus" and HIV, but also in many other common viruses, such as plant flavivirus, bovine papilloma virus and so on.

Therefore, the fact that this article intentionally or unintentionally ignores is that although the "novel coronavirus" he pointed out does have genetic fragments close to HIV, it is by no means unique, and these gene fragments are also widely found in other common viruses. The role of these four so-called unique inserts in this epidemic is unknown. Based on this alone, it is speculated that this "novel coronavirus" virus was artificially manufactured, and even the conspiracy theory of biological weapons is not true.

To be continued in Part Two…