Gene therapy refers to the introduction of normal genes into human cells to correct or supplement diseases caused by genetic defects or abnormalities. It is a fundamental therapeutic strategy. The introduced gene may be a homologous gene corresponding to the defective gene, expressing a specific function in vivo, or may be a therapeutic gene unrelated to the defective gene.

In organisms, genetic information is transmitted step by step along the direction of "DNA-RNA-protein" (Central Dogma). Protein is a manifestation of genetic information, so the disease occurs mostly as a protein-level anomaly. At present, most of the drugs target proteins, such as small molecule targeted drugs for treating tumors and macromolecular monoclonal drugs, which are used to treat diseases by changing the function of proteins.

However, Gene therapy starts from the upstream of the protein—DNA. It regulates DNA transmission to change the transmission of genetic information, thereby changing the properties of the protein and achieving disease treatment from the source. In addition, there are a small number of drugs, such as the small nucleic acid drug Patisiran, which target RNA. In a broad sense, these drugs are also in the category of gene therapy. In this article, we mainly talk about DNA-level. 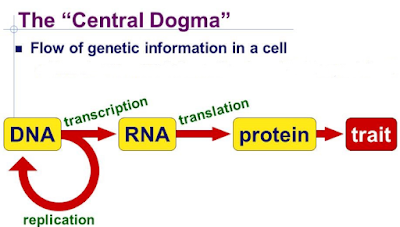 According to the central dogma of gene expression, each physiological process can be understood as the result of specific intensity expression of a particular gene in a specific time and space. If this balance is broken, it will induce disease. From this perspective, almost all diseases can be explained at the DNA level, which is the theoretical basis of gene therapy.

According to the different types of gene mutations, the genetic abnormalities leading to disease can be roughly divided into two categories:

(1). Gene mutations lead to protein dysfunction by gene-directed synthesis. T manifests as protein with no function, weakened function or over-function, or even produced harmful protein;

In addition, scientists' research on human gene function and disease pathogenesis is still very limited, and there are a large number of undiscovered new genes and signal networks. Too many uncertainties in genes and diseases have greatly limited the application of gene therapy. Therefore, gene therapy is currently only applicable to a few diseases with very clear pathogenic mechanisms or treatment options, such as single-gene genetic diseases and tumors.

Compared with conventional drugs/treatments, gene therapy can solve the disease from the source, so there are obvious advantages in some diseases that are currently untreated or poorly curable prognosis, such as hemophilia. In terms of safety, gene therapy still belongs to emerging technologies. There are still many blind spots in the understanding of genes and diseases, and it is usually difficult to reverse after genetic changes, and the potential risks are large. Most of the traditional drug treatments have gone through decades. Even after hundreds of years of development and use, the risks are relatively controllable. Therefore, we believe that conventional drugs are still the first choice for disease treatment in the future. Gene therapy is more like a supplement to conventional treatment options.

The process of gene therapy

According to different modes of administration, gene therapy can be divided into two categories: "in vivo" treatment and "in vitro" treatment.

The "in vivo" gene therapy operation process is relatively simple, and can be roughly divided into three steps: (1) using a genetic engineering method to insert a normal gene into the DNA of a viral vector; (2) in vitro packaging of the recombinant viral DNA to produce fully engineered virus with infectious ability; (3) directly injecting the recombinant virus into the patient, the virus infects the diseased cells and brings the normal gene to the target cells to achieve treatment of the disease.