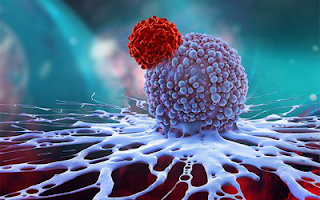 Abstract: In recent years, the development of immunology research has brought many exciting breakthroughs in the innovation of cancer diagnosis and treatment strategies. Immunotherapy has become the fourth tumor treatment mode after surgery, radiotherapy and chemotherapy, and has been successfully used in the treatment of various tumors. Among them, adoptive immunotherapy has received great attention in the past few decades. In vitro cultured tumor infiltrating lymphocytes or lymphocyte-activated killer cells can affect tumor regression in a specific cancer. However, adoptive immunotherapy is not a first-line treatment in clinical practice as adjunctive therapy due to certain limitations. With the development of genetic engineering, immunotherapy using genetically modified T cells is more attractive in the treatment of human tumors. Chimeric antigen receptor is one of the strategies for genetically modified T cells. CAR-T cell therapy is a method of combining the high specificity of antibodies to antigens and the cytotoxic activity of T cells to target cells. T cells expressing a chimeric antigen receptor are obtained by genetic recombination, purified, expanded and activated in vitro, and infused into a patient to perform the function of killing tumor cells. In the past 25 years, CAR-T has shown good targeting, killing activity and persistence in both in vivo and clinical trials, in the treatment of malignant tumors such as leukemia, lymphoma, glioma and lung cancer. A delightful effect has been achieved. Through artificial genetic modification, T cells express single-chain antibodies that recognize tumor-specific antigens and signals that activate T cells, thereby achieving targeted killing of tumor cells. At present, clinical studies have confirmed that CAR-expressing T cells can be effectively used to treat refractory or relapsed acute B-lymphocytic leukemia, and thus promote the use of CAR-T for the treatment of other hematological malignancies and solid tumors. This article mainly introduces the research progress and broad prospects of chimeric antigen receptors.

Car is located on the surface of T cell membrane and is a Tran’s membrane structure composed of extracellular binding domain, hinge region, Tran’s membrane region and intracellular signal region. Although the adverse effects of CAR-T treatment have not been fully resolved, the success of anti-CD19CAR-T has pushed the treatment of CAR to industrialization. Currently, most CAR-T production processes are cumbersome and expensive. Production procedures include isolation, activation, transduction, proliferation, and reinfusion of T cells: 1 Acquisition of peripheral blood T cells from patients using apheresis: 2 Activated T cells: Activated T cells typically use anti-CD3 and anti-CD8 immunomagnetic beads, Cytokines such as interleukins can also be added to enhance the activation effect; 3 CARs synthesized by genetic engineering are transduced into T cells, and the transduction methods can be divided into viral transductionand non-viral Transduction (electroporation, transposon-based or gene editing system transduction methods) 4CAR-T will be placed in medium with IL-2 and other cytokines for 2 weeks; 5CAR-T is washed and concentrated, And quality inspection, only after the quality inspection, CAR-T can be returned to the patient.

How does CAR-T work?

T cells are specific anti-tumor effector cells in humans, but their function is MHC-restricted. The construction of a specific chimeric antigen receptor was first proposed in 1989. This process first combines the T cell receptor (TCR) subunit with both single-chain variable regions of tumor antigen monoclonal antibodies, and then transfects by retroviral, lent viral vector or transposon gene transduction methods. T cells are stained, and the finally modified T cells are expanded and purified in vitro and then returned to the body. The constructed CAR-T cells can specifically recognize and bind tumor antigens in vivo, and have the ability of T cells to self-renew and kill. T cells are genetically modified to obtain targeted killing activity, which is not inhibited by the local immune microenvironment of the tumor, thereby breaking the host's immune tolerance state, and allowing T cells to specifically recognize specific antigens on the surface of tumor cells in a non-MHC-restricted manner. Enhance its ability to recognize and kill tumor cells. 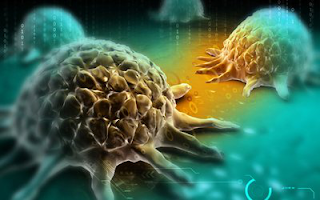 Traditional radiotherapy, chemotherapy, surgery and other cancer treatment methods still have great limitations in the treatment of refractory and recurrent tumors. Cellular immunotherapy has pointed out a new direction for cancer treatment. Among them, the therapeutic effect of Car-T cells is particularly prominent. Since the birth of Car-T cells, with the continuous improvement of its functions, it has gradually moved from scientific research to clinical practice. It has been widely used in hematological tumors, lymphomas, melanomas, ovarian cancers, neuroblastomas, kidney cancers, etc. In the treatment of malignant tumors, CD19 is the initial and most studied target of Car-T cells, and has outstanding clinical efficacy in the treatment of leukemia and lymphoma. CD19 is only expressed on the surface of B lymphocytes, so CD19Car-T cells input into the body do not damage normal cells of the body. It has been reported that CD19Car-T cells in patients with refractory relapsed chronic lymphocytic leukemia, acute lymphocytic leukemia, and non-Hodgkin's lymphoma have achieved satisfactory response to complete remission and no recurrence.

What is the off-target effect? Most CAR-targeted target antigens are not tumor-specific and have varying degrees of expression in normal tissues, so CAR-modified immune cells can also damage normal tissues while attacking tumor tissue. Therefore, the chimeric antigen receptors expressed by CAR-T cells can be two or more, and generally normal tissue cells expressing only one antigen can be prevented from being damaged by CAR-T, or can be selected only for tumor cells. The target antigen on the surface is specifically bound to tumor cells without binding to normal tissue cells. 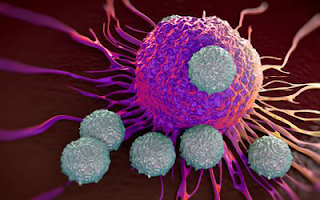 CRS is a syndrome in which CAR-T cells are proliferated in a large amountafter exposure to cells with tumor antigens, and a large number of tumor cells are killed. In this process, a series of cytokines are formed, which form a cytokine storm and cause serial damage to the patient's body. It is the most common and most adverse reaction in the treatment of CAR-T cells. In response to this problem, not only the design of safe CAR-T cells, but also the number of cells injected into the patient each time is strictly limited, thereby reducing the occurrence of such adverse reactions. 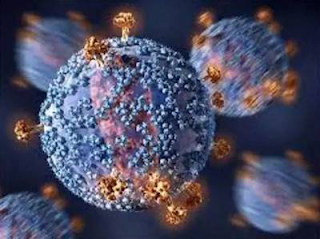 In the field of tumor immune cell therapy, chimeric antigen receptor T cell therapy (CAR-T) represents the most advanced technology of today. With the development of modern biological science, CAR-T has received more and more attention. In terms of tumor immunotherapy, CAR-T clinical trial results show that it has unparalleled advantages, but in the technical improvement and large-scale clinical application, CAR-T still has many challenges. How to improve the ability of CAR-T cells to specifically kill tumors and the safety and effectiveness of clinical treatment is an urgent problem to be solved in CAR-T treatment. With the deepening of research and the increasing technology, it is believed that CAR-T therapy will play an increasingly important role in the immunotherapy of tumors for the benefit of medical development and human health.