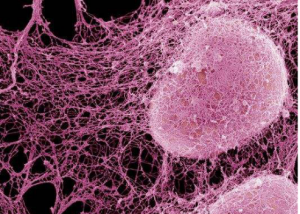 What is CD molecule？

CD molecule is the surface marker of white blood cells (including platelets and vascular endothelial cells, etc.) which appears or disappears in different lineages and stages of normal differentiation and maturation as well as during activation. Most of them are membrane-penetrating proteins or glycoproteins, including extracellular, membrane-penetrating and intracellular areas. A few CD molecules are carbohydrate hapten. Many CD molecules are functional molecules, some are enzymes, some are receptors, and some are signal transducers, ion channels or regulatory molecules.

The role of CD Molecule

CD antigen and its corresponding monoclonal antibodies have been widely used in basic and clinical immunology research.

In basic immunology, CD is mainly applied to:

In clinical immunology research, CD monoclonal antibody can be used for: (1) detection of immune function of organism; (2) immunotyping of leukemia and lymphoma; (3) immunotoxin for cancer treatment, bone marrow transplantation and transplantation rejection prevention; and (4) immunomodulation therapy in vivo.

The CD molecule involved in antigen presentation mainly includes CD molecule constituting immunoglobulin Fc receptor and complement receptor and CD1. CD1 is the first human leukocyte surface differentiation antigen molecule detected by monoclonal antibody. CD1 is type I transmembrane glycoprotein. Its spatial structure is similar to that of MHC class I molecule and is linked to beta 2m, but its amino acid sequence is very different. According to the different amino acid sequences and glycosylation sites, CD1 molecules can be divided into CD1 (a, b, c) (category I) and CD1d (category II). CD1 molecule is mainly expressed on the surface of full-time APC, including most B cells, activated monocytes, Langerhans cells and dendritic cells. CD1 molecule is also expressed on immature double-negative thymocytes and CD8 T cells in the thymic cortex. CD1 molecule can present non-peptide antigens.

CD4: CD4 belongs to Ig superfamily and is a single-chain glycoprotein on the surface of cell membrane. Human CD4 molecule consists of 458 amino acid residues, including signal peptide 23 amino acid residues, extracellular domain 374 amino acid residues, transmembrane domain 21 amino acid residues, and intracytoplasmic domain 40 amino acid residues. There are four IgV-like functional areas in the extracellular area, including two glycosylation sites. CD4 is expressed on the surface of some T lymphocytes and thymocytes as well as some B lymphocytes, EBV-transformed B cells, mononuclear phagocytes and brain cells. The first and second functional regions of CD4 bind to the non-polymorphic parts of MHCII molecules, which can stabilize the interaction between MHCII-restricted T cells and APC cells with MHCII-antigen peptide complex. Therefore, CD4 molecules are also known as co-receptors involved in T cell activation. CD4 is also the main receptor of human immunodeficiency virus (HIV). The cytoplasmic region of CD4 molecule is linked to protein tyrosine kinase p56, which plays an important role in T cell signal transduction.

The biological functions of CD8 molecule include: (1) as cell-cell adhesion molecule: MHCI class antigen is the ligand of CD8 molecule. CD8 binding with MHC class I can stabilize the binding of MHC class I restricted T cells (mainly CTL) to target cells with MHC class I molecule-antigen peptide complex. Therefore, CD8 is also known as a co-receptor involved in CTL cell activation. (2) After TCR binds to ligands, the intracellular domain of CD8 molecule is rapidly phosphorylated, leading to the activation of protein tyrosine kinase p56lck linked to CD8, which plays an important role in signal transduction of T cell proliferation and differentiation.

Some drugs about CD molecule

Recombinant chimeric (primate/human) antibody expressed in CHO binding to human CD4/p55. Clenoliximab is a monoclonal antibody against CD4. It acts as an immunomodulator and has been investigated for the treatment of rheumatoid arthritis. The drug is a chimeric antibody from Macaca irus and Homo sapiens.

Recombinant monoclonal antibody to CD4. Tregalizumab is an immunomodulator. It binds to CD4.

Recombinant monoclonal antibody to CD38. Daratumumab is an investigational anti-cancer drug. It binds to CD38.

Recombinant monoclonal antibody to CD4. Zanolimumab (expected trade name HuMax-CD4) is a human monoclonal antibody and an immunosuppressive drug. It is being developed for the treatment of rheumatoid arthritis, psoriasis, melanoma, cutaneous and peripheral T-cell lymphoma.

As the core component of hematopoietic immune tissue, human white blood cells have important biological functions. The study of differentiation antigens is not only helpful to understand the molecular structure, function, marker for cell subsets and differentiation stages, but also helpful to elucidate the differentiation, maturation, function and immunoregulation mechanism of immune cells. Therefore, it can deepen the understanding of immune response and immune diseases, and provide conditions for exploring new ways of clinical immunodiagnosis and treatment.